Recent stories.
4 podcasts and videos in the past 24 hours

16 Minutes on the News #41: Tiktok and 'Seeing Like an Algorithm' - Andreessen Horowitz
a16z.com

37 min read, listed 8 hours ago in Andreessen Horowitz - Software Is Eating the World

The algorithm that powers TikTok, the short video platform that grabbed massive marketshare in cultures and markets never experienced firsthand by the engineers and designers in China, beating out other apps in the U.S. But with talk of U.S. ownership/partnership for TikTok, what happens if the algorithm isn't included? And what can we learn from the "creativity network effects" flywheel of TikTok; about "algorithm friendly" product design; and more broadly, for the future of video.

29 min read, listed 11 hours ago in Andreessen Horowitz - Software Is Eating the World

The creator economy is seeing new potential revenue streams and fan-engagement models, driven by crypto networks that aim to give creators more power.

In today's episode, I talk to Nikita Aggarwal about the legal and regulatory aspects of AI and algorithmic governance. We focus, in particular, on three topics: (i) algorithmic credit scoring; (ii) th 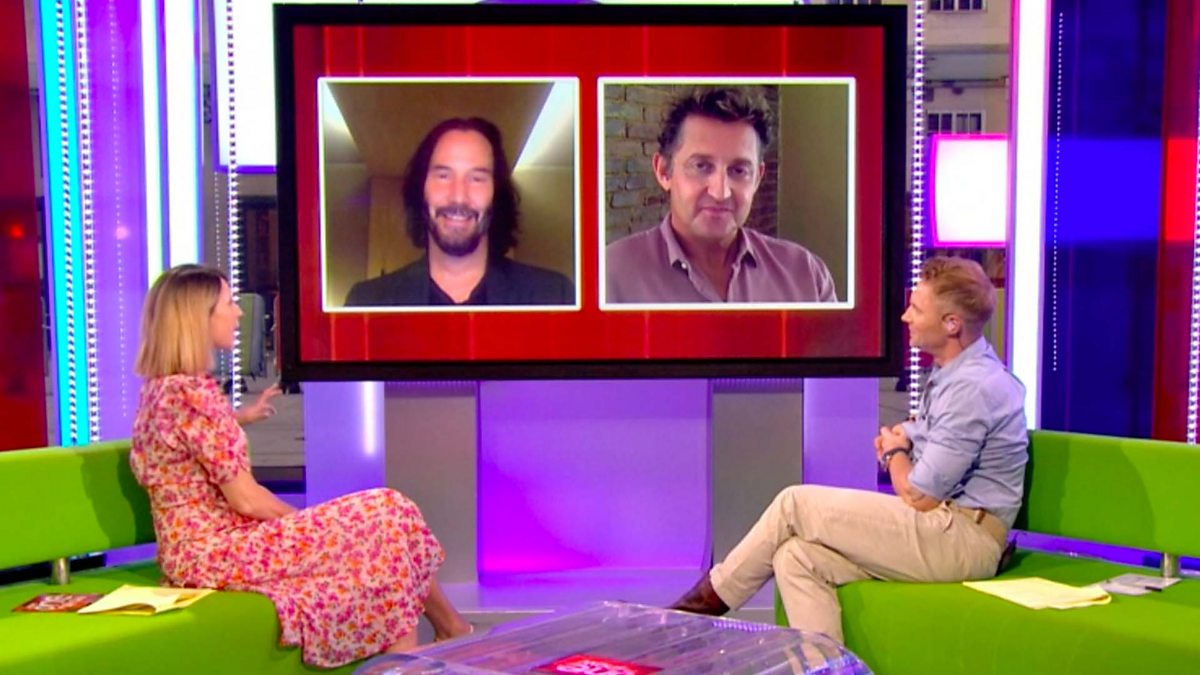 Alex Jones and Ronan Keating are joined by Keanu Reeves and Alex Winter.

So You Want to Launch a Newsletter: Tips From Substack Writers
a16z.com

2 min read, listed 1 day ago in Andreessen Horowitz - Software Is Eating the World Illustration: Edith Zimmerman This episode, part one in a two-part series on the Creator Economy, explores the process and economics behind creating an independent newsletter. In this candid conversation, host Lauren Murrow talks with four Substack writers—an artist, a …

15 min read, listed 1 day ago in MIT Technology Review — Suppressing fires has failed. Here’s what California needs to do instead.

Leading discussions about the global rules to regulate digital privacy and surveillance is a somewhat unusual role for a developing country to play. But Brazil had been doing just that for over a decade. Edward Snowden’s bombshell in 2014 detailing the US National Security Agency’s digital surveillance activities changed all that. It included revelations that the…

16 Minutes on the News #40: Apple and the 'Doctor's Office on a Wrist' - Andreessen Horowitz
a16z.com

3 min read, listed 2 days ago in Andreessen Horowitz - Software Is Eating the World

With Apple's announcing new watches, new sensors, and services for healthcare, are we really, finally seeing a wedge from fitness into data for clinical applications as well? We take an, ahem, "pulse check" on where we are when it comes to the idea of the "doctor's office on a wrist", teasing apart what's hype, what's real and where we are on the long arc of innovation for mainstream wearables.

Streamlit Is All You Need. Adrien Treuille and Tim Conkling on the… | by Jeremie Harris | Sep, 2020 | Towards Data Science
towardsdatascience.com

2 min read, listed 2 days ago in Towards Data Science

Adrien Treuille and Tim Conkling on the TDS podcast

1 min read, listed 2 days ago in MIT Technology Review — Synthetic biologists have created a slow-growing version of the coronavirus to give as a vaccine 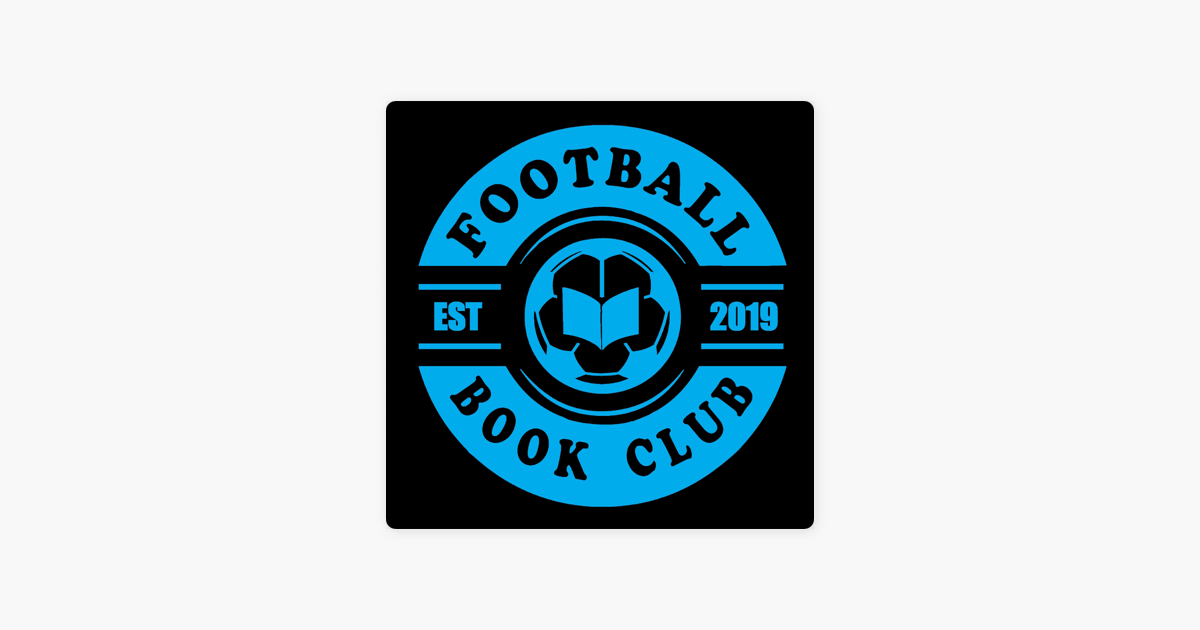 98 min read, listed 3 days ago in Future of Life Institute 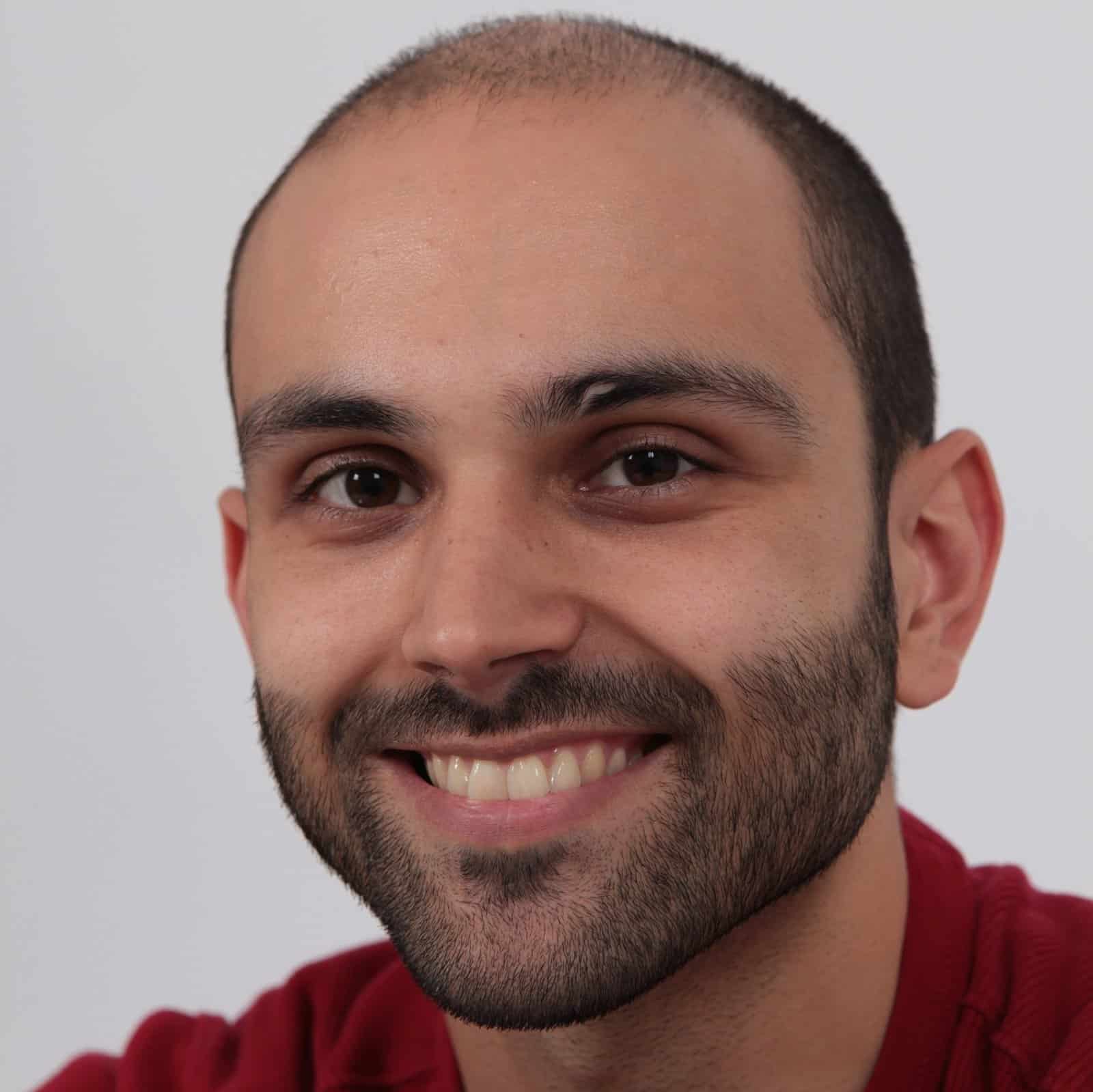 In this episode of the AI Alignment Podcast, Andrew Critch joins us to discuss a recent paper he co-authored with David Krueger titled AI Research Considerations for Human Existential Safety.

28 min read, listed 3 days ago in Andreessen Horowitz - Software Is Eating the World Since Netflix started in the late 90s as a DVD-by-mail rental service competing with Blockbuster, it has completely reinvented itself… twice – first, when it went from DVD rental to video streaming platform, and then again when it went from …

2 min read, listed 4 days ago in reddit/transhumanism/Looking for podcast guests to talk about and answer some questions on Transhumanism.

WHAT IS DIMED OUT? Dimed Out is a hodge-podge Podcast hosted, produced and distributed by me, Mal Foster. The show was born during the lockdown that followed the Corona Virus outbreak of 2020. It started as an excuse for me to learn more about the things that interested me, such as cinema, music and history. But it has since become a reason to dig deep into things I know next to nothing about. It’s also given me an opportunity to have honest, below the surface conversations with friends, loved ones and relative strangers. Giving other people a platform to talk about a variety of things from racial division and spirituality to off the grid liv...

Each organization is on a unique digital journey. Learn from Dell Technologies CTO John Roese which emerging technologies you should consider and why.

Welcome the podcast from the OpenCV team
opencv.org

2 min read, listed 6 days ago in Andreessen Horowitz - Software Is Eating the World 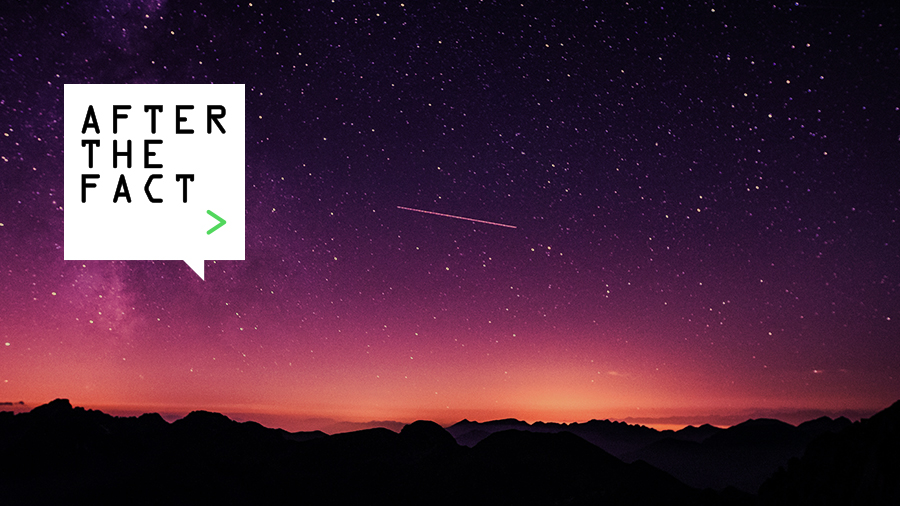 Public trust in science is front and center today as researchers seek to learn more about the coronavirus.

NVIDIA Research was founded in 2006 by David Luebke, who is now the company’s vice president of graphics research.

Michael Egnor: What Happens to Our Consciousness After We Die? | Mind Matters
mindmatters.ai A leading cosmopsychist doubts that computers can be conscious. He doesn’t think consciousness dies with the body; rather, near-death experiences are genuine.

Physical Attraction: Softbank's Blurry Vision, or, How To (Mostly) Burn $100bn: Part I, The Dream of Masoyoshi Son
physicalattraction.libsyn.com

1 min read, listed 8 days ago in reddit/singularity/New podcast series about Softbank's Vision Fund - the $100bn Venture Capital fund that promised to usher in a singularity-esque, super-technological future - and how it burned most of its money on disastrous, money-losing bets like WeWork and Uber

In this series, we'll be telling the story of the Softbank Vision Fund, the $100bn technology venture capital fund that was supposed to revolutionise the world and bring forward a glorious techno-future. The Vision Fund that now looks like it's inflated a massive, unsustainable bubble in tech companies (and companies that pretend to be tech companies). First - the story of Softbank, pre-Vision Fund, and its visionary founder, Masoyoshi Son, who made both the best and worst investments in living memory.

Andrew Yang on UBI, the coronavirus, and his next job in politics - Vox
www.vox.com

2 min read, listed 9 days ago in reddit/ArtificialInteligence/Andrew Yang on Ezra Klein show: on AI, the coronavirus, and his next job in politics 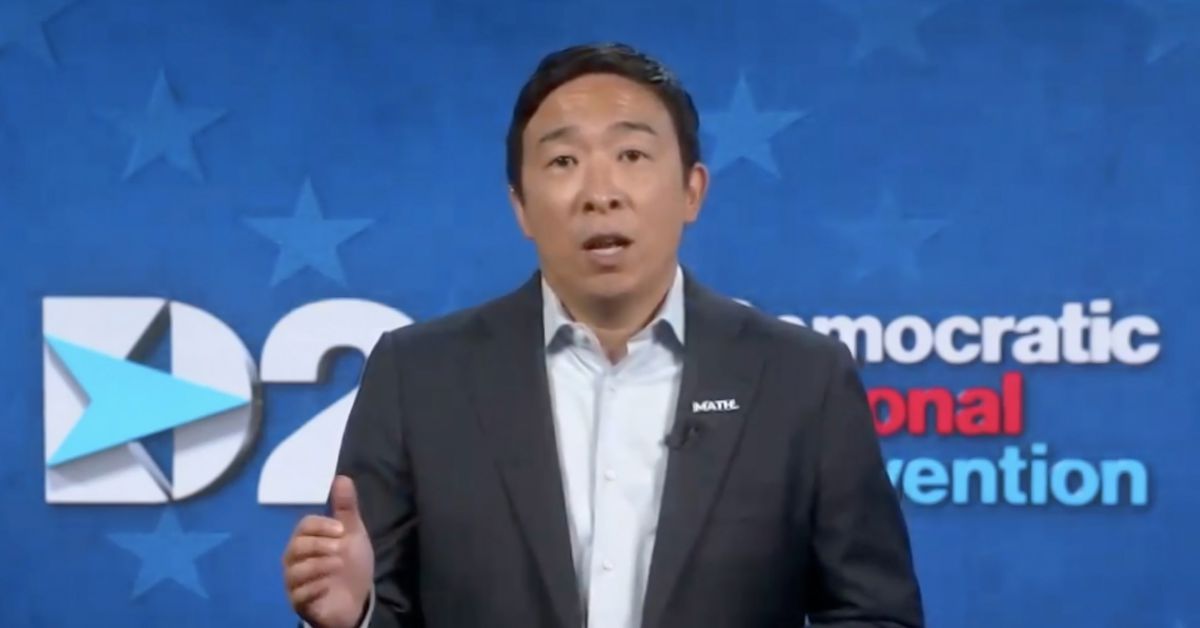 The former presidential candidate explains on The Ezra Klein Show what he learned from 2020. Ken Jee on the TDS podcast

Top 12 Machine Learning Podcasts That You Want to Check as a Data Scientist - neptune.ai
neptune.ai

As we know, education in this digital age is available in many forms like videos, PDFs, e-books, and podcasts. Podcasts have become […]

Chatbots at the Front Line of Online Therapy (Brains Byte Back Podcast)
sociable.co

2 min read, listed 10 days ago in reddit/artificial/Chatbots at the front line of online therapy (Brains Byte Back Podcast Episode) 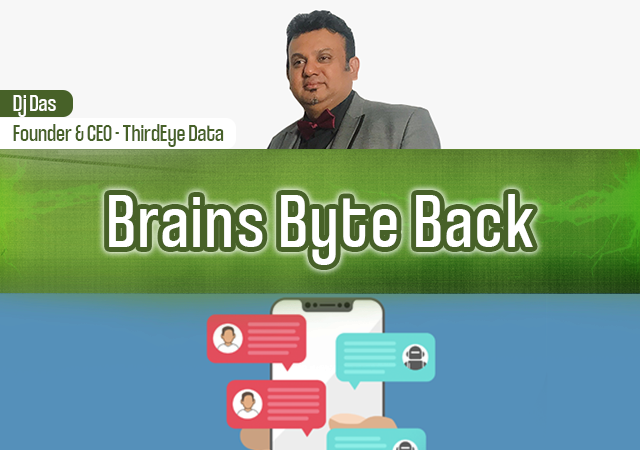 We explore how advanced chatbots can provide conversation and psychological assistance for those who need it.

No more pages to load